This is an alternate take on this scene: originally written from the point of view of Thaddeus, the love interest, in response to the prompt I’ve now written it from my MC, Jack’s, POV. Jack’s not out of the corner yet; it takes him many months of bumping into the walls to turn himself around and head in a new direction.

Jack is suddenly shivering, standing in the snow facing Thad. Blood rushes to his head and his ears burn, and despite his body’s shaking, he pulls the toque from his head.

Anyway, it isn’t true. He does love Thad. What’s true is the hankering in him for something bigger, something new, something that makes him feel special.

Again, that’s not true. Thad has always made him feel special. It’s just—being a farmer, being a farrier, even being a horse trainer—what does that give him? It’s as Wyatt says, Are you going to spend your life shovelling shit? Smelling like horses? It’s not the most … pleasant odour, Jack.

Thad doesn’t say that. Thad says, I love how you smell. Thad says, You smell like horses and honey. Thad says, I can’t get enough of you, as he practically climbs inside Jack, pulling him close, wrapping him up, biting the skin of his shoulder so hard, the teeth marks stay for hours.

Why did those words come out of him, then? Why did he say, backwater? When I get out of this backwater. Why did he say, I’ll see what else is holding me back? Why did he say words that made Thad whirl to face the forest of evergreens and birch that frames the field, made Thad’s shoulders hunch, made the muscles of his jaw, when he turned back around, jump so hard Jack could see the tension from five feet away? Made his eyes look bruised and his face quiver?

“I’m sorry,” he says. “I’m sorry, Thad. That was cruel. That wasn’t what I meant. You know who you are. You’ve always known. You’re steady, you’re dependable, you’re good. It’s why I love you. But I’m not strong like you, I’m not good like you, I do love you with everything I have, but I need to see …”

Jack pulls his toque hard onto his head and shakes his head sharply. “Who I am. I need to see who I am. Wyatt—”

“Don’t make this about him. It’s about you and me.”

“It’s about me,” says Jack, as he turns and walks the track to home.

In the four weeks that follow, he does not manage to go back, to say No, that’s not what I meant. He does not manage to say, I don’t want to go, not without you. He manages to convince his parents that Wyatt and his brother Rich will show him the ropes. That nineteen is more than old enough to see a bigger piece of the world than the outskirts of a tiny town in the Ottawa Valley. That it’s only Toronto, four hours by car. That he will come home whenever they say.

He manages to find himself in the passenger seat of Wyatt’s winter ride—an Audi 100 Coupé S—his mother’s small travel case in the back, his hand pinned in Wyatt’s, who grips it even while shifting gears to zoom past everyone else on the two-lane highway. He manages to tell himself this feels like affection, this persistent hold, while his eyes cut to the blinding glint of Wyatt’s aviator shades and the thin grin perched below. 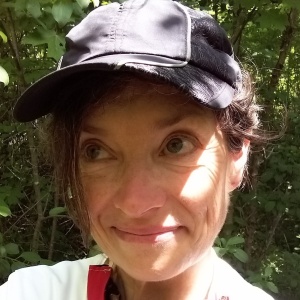